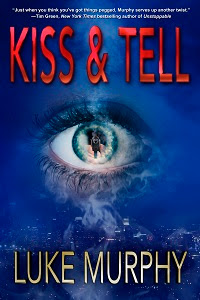 This novel took me 15 years to write. Well, not exactly, but...
Even though Dead Man’s Hand was my first published novel, it’s not the first book I wrote. Kiss & Tell is my “baby.”  It’s the first book I ever even attempted to write. I started writing the novel in the winter of 2000, while playing hockey down in Oklahoma.
A lot of circumstances surround this novel, and it’s the reason I started writing in the first place. This novel, and all of my writing, happened by “chance.”  I was playing professional hockey in Oklahoma, and was struck in the eye with a stick in a preseason game. That injury ended my season before it began.
My wife, who was my girlfriend at the time, was attending a French college in Montreal, and her English professor assigned the class the task of writing a short story.
My girlfriend knew that I was an avid reader, so she asked me if I would help her develop the story, which I did. I had so much fun with the project, that when we had finished, I took one of the characters we had created and started writing my own story.
I wrote Kiss & Tell in six months, but it was nowhere even close to being publishable. Actually, it stunk. It was a practice story for me, so I left it sitting in my computer, and started writing a second book.
After I published Dead Man’s Hand in 2012, I decided to reopen Kiss & Tell and take another look. My first reaction…it was bad, written by a first-time, newbie, amateur author.  But I loved the plot, cast of characters, and the potential. I didn’t want to give up on this story.
So I took everything I’d learned about the craft of writing and the industry and put it into editing Kiss & Tell. The revisions completely changed the entire book.
After I’d completed it in 2001, Kiss & Tell was written from the point of view of Jessica Philips, the primary murder suspect in the Ken Anderson investigation, and the story was told from Jessica’s first person POV.
The Kiss & Tell that came out in 2015 is told from Detective Charlene Taylor’s point of view, written in third person.  Although the plot never changed, some of the characters and scenes did.
A major scene/twist change that occurred?
In the original Kiss & Tell, the identity of the Celebrity Slayer was never revealed. I was planning on turning this CS plot into a series, extending the investigation through a number of books. But, taking into consideration a suggestion from one of my editors, I decided to change that. However, don’t think I don’t have more plans for the Celebrity Slayer, in upcoming Charlene Taylor books.
But that’s for another time, and another place. 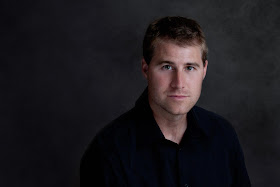 Luke’s Bio
Luke Murphy is the International bestselling author of Dead Man’s Hand (Imajin Books, 2012).
Murphy played six years of professional hockey before retiring in 2006. His sports column, “Overtime” (Pontiac Equity), was nominated for the 2007 Best Sports Page in Quebec, and won the award in 2009. He has also worked as a radio journalist (CHIPFM 101.7).
Murphy lives in Shawville, QC with his wife, three daughters and pug. He is a teacher who holds a Bachelor of Science degree in Marketing, and a Bachelor of Education (Magna Cum Laude).
Kiss & Tell is Murphy’s second novel. He is represented by The Jennifer Lyons Literary Agency.